Together on the water, X Zone Pro Staff Mike and Sue Watson 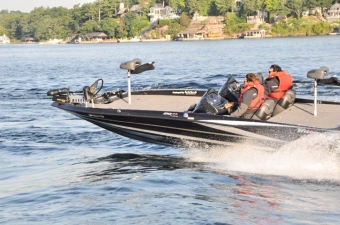 Now that we are in full throttle of tournament season, there are some individuals that instantly come to mind when thoughts go to the potential competitors at these events.

X Zone is proud to have Sue and Mike Watson as Pro Staff this season.

Sue and Mike Watson are one of those couples that make people reconsider their chances of placing when their names appear on the event registration list.  Not only being married now for 28 years, this amazing couple has fished together for almost as long.

Sue started fishing when she was first dating Mike, and prior to that she fished with her Dad a handful of times from the pier in Port Maitland.

This past weekend they fished the 1000 Island Open and took 7th place with a $4,000.00 prize.  They got onto a great pattern where there were no other boats around and took over 23lbs to the weigh-in. 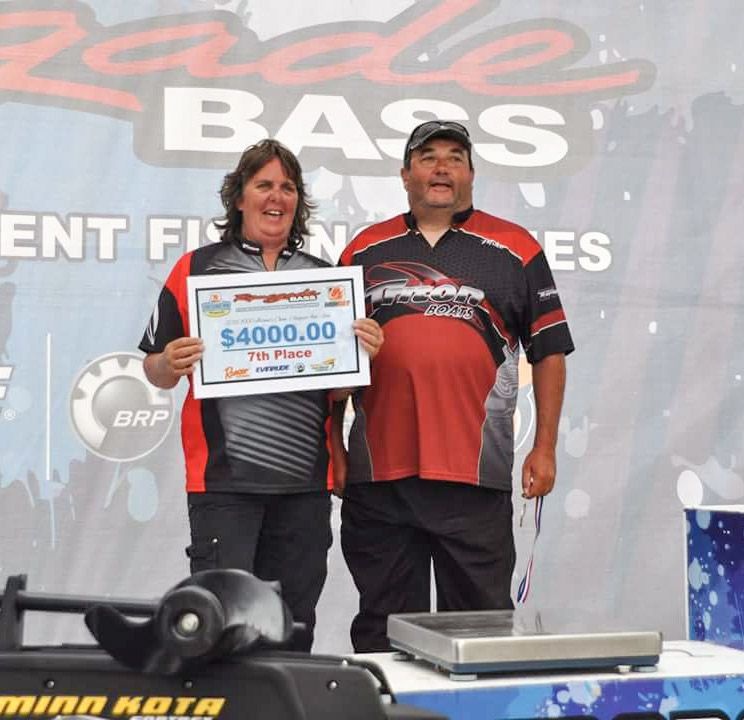 Mike taught her all of the techniques and they spent countless hours fishing for salmon and steelhead on their big charter boat, cabin cruiser. For Mike, his Dad was an avid fisherman and taught him at a young age how to be a great angler.

Once Sue and Mike got married and had children, their fishing slowed down while they raised their 4 children.

Mike started fishing for walleye during this time and Sue discovered she preferred to fish for bass.  With some convincing, Sue converted Mike to a bass angler.

Once the family started to get older Mike and Sue started competing in tournaments.  They started winning, making money and Mike won the CFT on Lake Erie with a prize of $15,000.00.  This gave them confidence to enter more tournaments and now that their family is grown, they fish as a team in many events across Ontario.

Once Mike retires they plan on adding more events to their tournament schedule.  He only has a few short years until he can fish more time on the water.

Although we are well into the season, Mike and Sue will be finishing up the LET Series, The Canadian Tire Open and the BBS event.  They have a new Triton this season to get them across the water even faster. 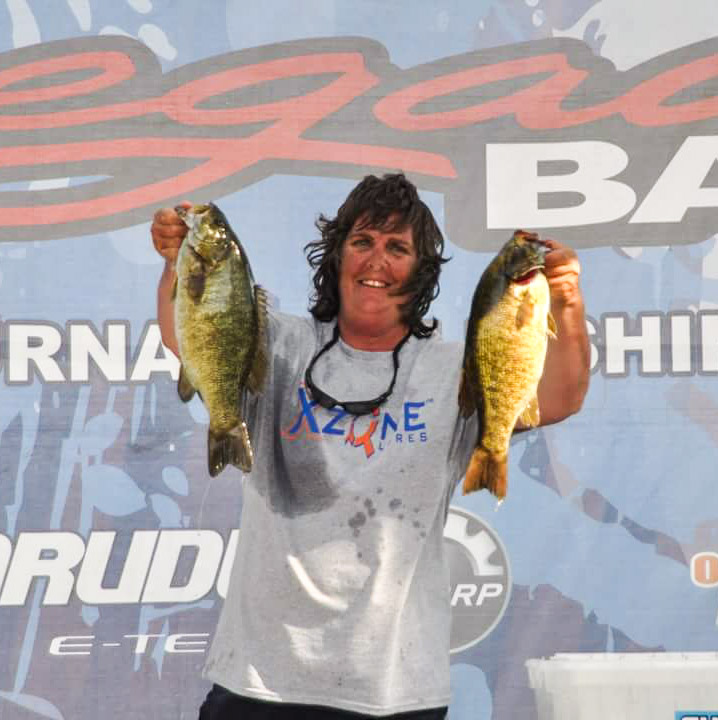